His T-shirt is blue, the blanket wrapped around his knees is blue, and his eyes, bright under his baseball cap, are blue.

But blue is also a feeling, and after spending months undergoing near-daily dialysis at the Hospital for Sick Children, who could blame an 11-year-old for feeling a bit down? 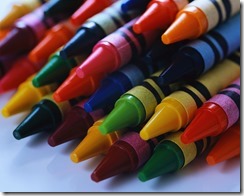 Nathan was referred to the hospital’s new on-staff art therapist to help him cope with his emotions. And when Jennifer Bassin came to visit recently week with her case of supplies, he chose the colour blue to start on a sculpture of a car.

Nathan was diagnosed with a bilateral Wilms’ tumour, a rare cancer of the kidneys mostly affecting children, at age 5. He started chemo and radiation and had a partial nephrectomy in both kidneys. His left kidney never worked properly again, and after almost five years of remission, cancer returned to his right kidney.

Now he undergoes chemo once every three weeks and dialysis five days a week. That’s a lot of poking and prodding for an 11-year-old who would prefer to be playing defence on the Georgina Blaze novice hockey team and cuddling his 3-year-old beagle, Daisy, at home in Keswick, Ont.

After three more chemo treatments, Nathan can go home. His parents are training to do at-home dialysis and counting down the days until Nathan can receive a new kidney. His mom is praying she can eventually donate one of her own.

Until then, he looks forward to his weekly sessions with Bassin. She visits during the two-and-a-half-hour dialysis process, and they paint or sculpt while the machine whirs in the background.

“It absorbs some of the time,” Nathan says. “I like to build stuff.”

Bassin has brought something called a 3Doodler — a cross between a hot glue gun and a tiny 3D printer, which can make plastic sculptures. This day, after he makes the car, she asks Nathan to make something that resembles his idea of cancer.

Nathan is an outpatient but most of Bassin’s patients are long-term in-patients at Sick Kids who have chronic illnesses, complex medical histories or have faced traumatic injuries.

Since the program started in May, she does art therapy just two days a week and sees between four and eight children aged 4 to 18. Psychiatric patients have benefited from art therapy at Sick Kids in the past, but this is the first year the new program, which is entirely funded by donations, has been extended to medical patients.

“Art therapy is taking the language children already speak and meeting them at that level,” Bassin said. “You don’t have to be good at art to participate in art therapy. It doesn’t have to be about the painting or about the drawing. It’s more about finding something they enjoy that we can use as a tool to explore how they’re feeling.”

One patient, who had recently been in a traumatic boat accident, sculpted a vessel out of clay — and then smashed it against the wall in a moment of catharsis. Some enjoy the physicality of painting big murals, and some like to rip up what they’ve drawn. Another drew a landscape so she could imagine herself outside the hospital, at a picnic. 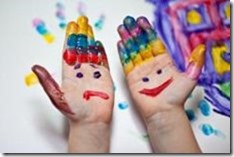 “When you create something outside of you, you can really treat it like it’s at a distance, and it makes it safer for us to explore a little bit.”

Making art helps young patients take back some control in their lives, if only for an hour. Some patients are content with their creation, and others want to delve deeper into their feelings, Bassin says.

Nathan’s family hopes he can go home in late September, when he can rejoin his classmates in Grade 6 and go back to being an annoying older brother to his sister Emma, 7. He’s still quiet, but less withdrawn after a session, his mom says.

As he paints a mask green, with blue lips and black eyes, Bassin asks Nathan if he has a plan.

The Hospital for Sick Children

I am trained and work as a Creative Arts Therapist. I have passionately studied, worked, and taught as a hands on practitioner of the Creative/Expressive and Healing Arts since 1983. I have integrated training’s in modalities which include Swedish Massage, Jin Shin Do, Trager Work, Hatha Yoga, Gestalt Therapy, Halprin Method, Group Creative Arts Therapy, Tai Chi, Meditation, Motional Processing, Rituals, Interfaith Celebrations, Progressive Early Childhood and Adult Education, Addiction and Recovery Services, Counseling and Psychotherapy, Dance/Movement Therapy. I currently provide Creative Arts and Counseling services to a local nonprofit agency as well as teaching local classes and workshops. I use compassion and acceptance to create an environment that is safe and nurturing for individual clients and/or groups.
View all posts by RichardB →
This entry was posted in Art, Art Therapy, creativity, Health, kids and tagged art therapy, creative, kids. Bookmark the permalink.