People who are exposed to secondhand marijuana smoke may feel a bit of the “high” that comes with using the drug, a new study finds. They may also feel unable to think clearly, and they may even have detectable levels of the drug in their urine or blood. But all of this happens only if they are exposed to marijuana smoke under severely unventilated conditions, the study found.

“If you’re going to breathe in enough passive cannabis smoke to feel high and potentially be slightly impaired, you could fail a drug test,” said Evan S. Herrmann, the study’s lead author and postdoctoral fellow in psychiatry and behavioral sciences at Johns Hopkins School of Medicine. “But this only happens under a very extreme situation.” 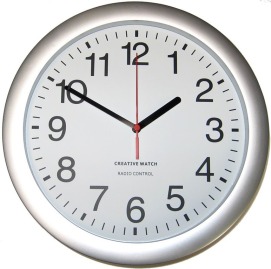 Cannabis is the world’s most commonly used illicit drug. It is often smoked in small, enclosed spaces with poor ventilation, according to the study.

Studies in the 1980s showed that such “social exposure” to pot smoke could trigger positive drug tests for cannabis’ main psychoactive ingredient, tetrahydrocannabinol (THC). But such studies had several limitations. They used marijuana that had much lower potency than the pot available today and they failed to account for normal levels of ventilation in rooms. They also did not examine how people may feel or behave after such exposures.

“This new study probes a question people have been wondering forever,” said Ziva Cooper, an assistant professor of clinical neurobiology at Columbia University, who was not involved in this research. “Do people actually get high from these ‘hot box’ effects? And if so, does it change your capabilities or cause you to fail a drug test?”

In the first study of its kind, Herrmann’s team recruited about 20 healthy people between the ages of 18 and 45, including some who smoked marijuana and some who didn’t use the drug. The researchers tested the participants’ blood, saliva, urine and hair samples for cannabis biomarkers, and then asked six smokers and six nonsmokers to relax in a Plexiglas and aluminum smoke chamber about the size of a dorm room. Participants underwent two separate sessions, each an hour long.

The researchers gave each of the six smokers 10 marijuana cigarettes, each containing 1 gram of high-potency weed, and instructed them to smoke at their leisure for the hour while the six non-smokers sat by their side in the chamber.

During one test session, the room’s ventilation system was switched on, allowing air to flow in and out at a standard office-building rate. In the other session, the researchers restricted the airflow in the chamber. After the 60 minutes, each participant completed a series of biological, cognitive and subjective surveys and tasks at regular intervals for up to 34 hours after exposure. [11 Odd Facts About Marijuana] 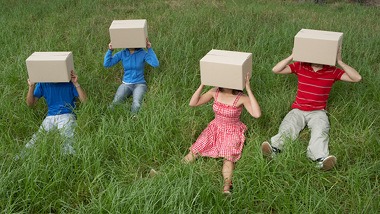 “Our results are pretty consistent with what we expected,” Herrmann said. The new findings confirm “it’s really hard to get a positive [drug test result] from passive smoke unless you’re in an extreme scenario,” he said.

But the unventilated room is not representative of most real-life situations, the researchers said. “We modeled the worst-case scenario,” Herrmann said. “You are in an enclosed room for an hour with 15 grams of cannabis being smoked.”

Still, “this study is really important because it adds to our limited knowledge of the direct effects of cannabis smoking and the potential dangers of second-hand smoke,” Cooper said.

I am trained and work as a Creative Arts Therapist. I have passionately studied, worked, and taught as a hands-on practitioner of the Creative/Expressive and Healing Arts since 1983. I have integrated trainings in modalities which include Swedish Massage, Jin Shin Do, Trager Work, Hatha Yoga, Gestalt Therapy, Halprin Method, Group Creative Arts Therapy, Tai Chi, Meditation, Motional Processing, Rituals, Interfaith Celebrations, Progressive Early Childhood and Adult Education, Addiction and Recovery Services, Counseling and Psychotherapy, Dance/Movement Therapy. I currently provide Creative Arts and Counseling services to a local nonprofit agency as well as teaching local classes and workshops. I use compassion and acceptance to create an environment that is safe and nurturing for individual clients and/or groups.
View all posts by RichardB →
This entry was posted in Addiction, marijuana, RecoveryWellness. Bookmark the permalink.